Some People are Afraid of Dogs.

It's true, and there are a lot of different reasons for it. Some people have an irrational phobia, they're afraid of dogs like tons of people are afraid of spiders. You know, you're way bigger than it, you're a safe distance from it, but it still gives you the creeps or maybe makes you want to flee screaming. Dogs make some people feel that way, and there's no good reason for it, but they don't want dogs touching them the same way you don't want a tarantula or an orb weaver touching you. 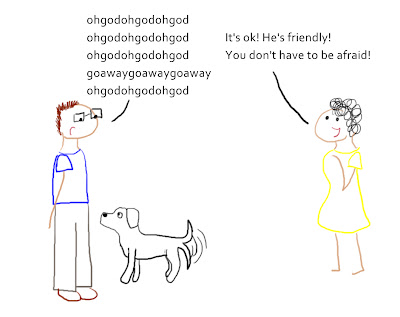 You can understand how this person feels by picturing the dog as a giant spider. This is one reason why it is polite to not let your dog approach strangers uninvited. 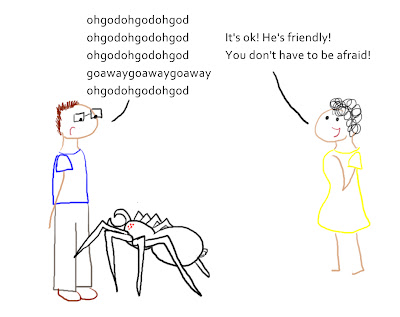 Some people have movement disorders like cerebral palsy and Huntington's disease. The way these people move often creeps dogs out, even really friendly dogs that never act aggressive. Many people with movement disorders are afraid of dogs because they have been by normally nice dogs. 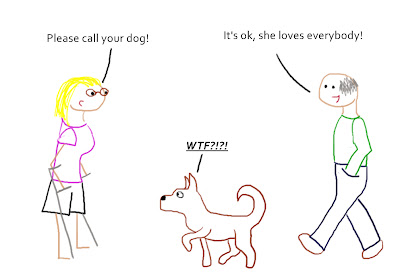 Some dogs are fine with everybody, and some have been specifically and deliberately trained that people that move in unusual ways aren't scary, but most dogs don't have a whole lot of experience in this area and find it kind of horrifying. The problem is that scared dogs do scary things like bite, lunge, and bark. Sometimes you can tell that someone has a movement disorder because they are equipped with a cane, crutches, a walker, or a wheelchair. Sometimes you can't tell until they take a step and your dog suddenly freaks out because it's seeing this: 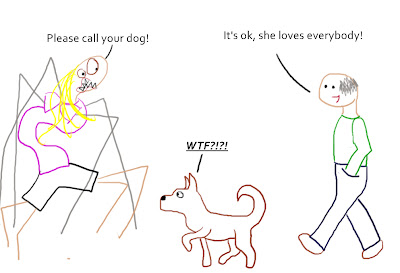 It's polite to keep your dog on a leash because just seeing an unleashed dog can ruin this person's whole day without you ever knowing it. 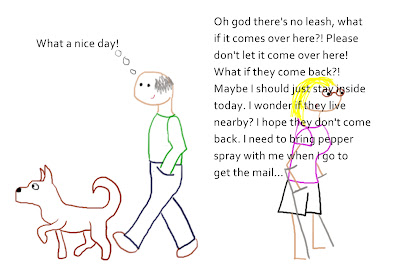 For someone with a movement disorder, a leash means the difference between a safe dog and a dangerous dog. 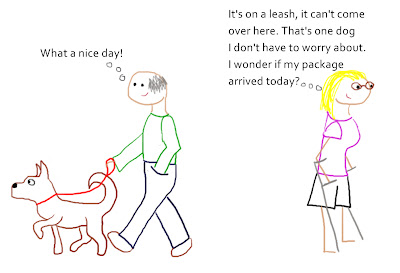 Likewise, plenty of people are afraid of dogs simply because they've been attacked before. 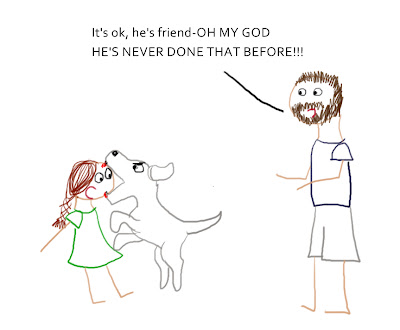 There's a good chance the dog that bit them was supposedly friendly, and that dog's owner probably said it had never done anything like that before. 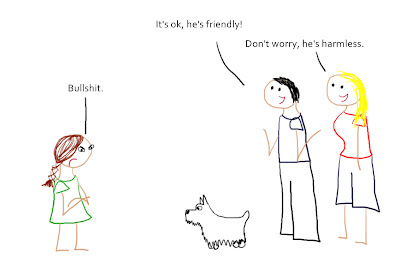